There are many types of Chinese foods. Chinese dishes are originated from China but now it has become widespread in all over the world. In Chinese cuisine there are 2 major components. They are carbohydrate source or starch and accompanying dishes of vegetables, meat, fish, or others. Vegetarianism is not uncommon or unusual in China. There are several types of cooking methods in China. They are Stir frying, steaming, Stewing, Deep frying, Pan frying and Boiling. China have eight regional cuisines.

Spring rolls are one type of Chinese foods. It is a famous food in all over the world. Spring rolls are considered as the way to welcome the arrival of spring. They are mainly served during Spring festival in China. It has crispy and tender texture.

The fried pancakes with different fillings are termed as Spring rolls. Ancient times, the Chinese have considered the spring rolls are the dish that mark the end of winter and the beginning of spring. The fillings can be vary. It is either sweet or savory. Sweetened bean paste, Chinese cabbage and shredded pork are popular fillings.

This belongs also to types of Chinese foods. It is known as jaozai. Dumplings were invented by Zhang Zhongjing. It is served for new year and other functions. Dumpling filling can be vegetables, meat and seafood. Dumplings is prepared by meat and chopped vegetables wrapped in a thin dough skin. There are several type of cooking method for making dumpling . They are boiling, steaming, or frying.

Wonton is also a type of Chinese food. It belongs to dumpling group. Fillings can be meat based, vegetarian and vegan. There are different types of wontons. Wonton has all kinds of local flavors, with a variety of packaging, fillings and cooking methods. Wontons are prepared commonly boiled and served in soup or sometimes deep-fried.

Sweet and sour pork is a popular type of Chinese food. It can be found in all over the world. It is made from deep fried pork pieces then stir fried in a sweet and sour sauce which is made by sugar, vinegar, ketchup and soy sauce. Other ingredients are peppers, onions, tomatoes and pineapple. Ketchup, tomatoes or food colouring are used for the color.

Chow mein is another famous type of Chinese food. It is a stir-fried noodles with brown and glossy soy sauce . It has a salty taste. In all over the world, there are many varieties of chow mien. To prepare chow mein the different kinds of noodles are used. Such as rice noodles, flat noodles, fine noodles, sliced noodles, filleted noodles, silk noodles etc.

Hot pot is also a type of Chinese food. Several types of hotpot can found in China. Hot pot is prepared by thinly sliced meats, mushrooms, head-on shrimp, Chinese lettuces, fresh noodles etc. Sichuan hotpot and Beijing mutton hotpot (instant-boiled mutton) are most of them. Seafood hotpot, sauerkraut hotpot, chrysanthemum hotpot and beef hotpot. Hotpot is a meat and vegetable stew. It is cooked in a pot of soup stok. It is classified into two types. They are spicy and not spicy. There are many different flavors. The classic hotpot is peanut butter with smashed garlic and chopped onion dressed with sesame oil.

Kung pao chicken is popular type of Chinese food. It is made with cubes of chicken, peanuts, vegetables and chili peppers. This belongs to Sichuan cuisine. It is a main staple of Westernized Chinese food culture. It is most famous in Chinese 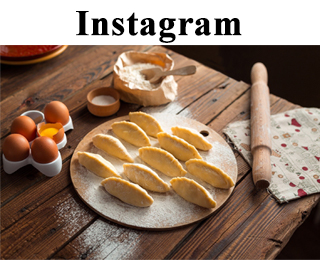