How to Make Delicious Sushi at Home

The most well-known Japanese meal outside of Japan is sushi, which is also one of the most well-liked foods in Japan. Sushi is typically only consumed in Japan on special occasions, including celebrations.
Sushi is a Japanese cuisine that typically includes some form of fish or seafood, usually raw but occasionally cooked, together with specially prepared rice. The primary component of sushi is rice. The sour taste of the rice that has been vinegared is referred to as “sushi.” No of the garnishes or contents, sushi always has rice.

Prior to the development of modern sushi during the Edo Period (1603 to 1868), sushi was a common food in Japan for a thousand years and consisted of fermented fish and rice preserved in salt. Because sushi was originally salted to preserve it, the word “sushi” literally translates to “it’s sour.”

Sushi rice is white, medium-grained rice that has been seasoned with vinegar and other ingredients like salt and sugar. Sushi is typically made with Japonica rice, specifically the Koshihikari strain.

All sushi is made with rice, but there are really only two main types of sushi—nigiri and maki.

A piece of fish or other seafood is placed on top of an oval-shaped mound of rice in a dish known as nigiri sushi. The fish or seafood is often consumed raw, but occasionally it is fermented or cooked, as is the case with eel or shrimp.

Sushi is made by hand-moulding the rice and pressing the fish or other topping on top. On nigiri sushi, raw fish is frequently found as tuna, salmon, and yellowtail. Another preferred topping is fatty tuna, which is derived from the belly region of bluefin tuna. Garnishes can be ginger or minced scallions. Nigiri sushi should not be eaten with chopsticks; it should be eaten by hand. And while dipping sushi in soy sauce is permissible, it is proper to flip the sushi over so that the fish side, not the rice side, is submerged in the sauce.

Sushi called maki is made by rolling rice and fish in a nori sheet of seaweed. The primary categories of maki are numerous. A sheet of dried seaweed known as nori is rolled around a layer of rice and fillings, which can contain foods like raw fish, cooked shellfish, vegetables, and even cream cheese. Maki-zushi is fashioned like a cylinder.

The rolled tube or cylinder is then cut into separate, bite-sized pieces. Sometimes the roll is made from the inside out, and this is known as a “inside-out roll,” or ura-maki. With ura-maki, the seaweed and fillings are inside and the rice is on the exterior. Like nigiri, maki is best consumed with your hands. Maki-zushi is further divided into two types: hoso-maki, or thin rolls, and futo-maki, or thick rolls.

Uni sushi, one of the most peculiar types of sushi, falls under the genre of gunkan-maki. The sex organs of sea urchins are called uni. It has a sweet flavor and a little sticky consistency, and it has a shape that resembles a tongue.
This kind of sushi can be fairly pricey because the uni harvest requires a lot of labor. But for those who adore it, it’s totally worthwhile. The key to university is that it needs to be dry and hard. It’s probably not fresh if it appears damp.

Finally, there are temaki, or hand rolls, where the nori is rolled loosely into a cone-shaped shape with the fillings within, much resembling a huge ice cream cone, as opposed to tightly encasing the fillings and rice in the nori.

The most well-known Japanese meal outside of Japan is sushi, which is also one of the most well-liked foods in Japan. Sushi is typically only consumed in Japan on special occasions, including celebrations.Sushi is a Japanese cuisine that typically includes some form of fish or seafood, usually raw but occasionally cooked, together with specially prepared rice.
Print Recipe Pin Recipe
Prep Time 20 mins
Cook Time 15 mins
Total Time 35 mins
Course Main Course
Cuisine Japanese
Servings 2 people 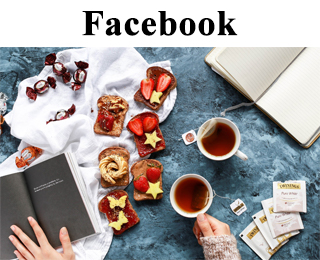